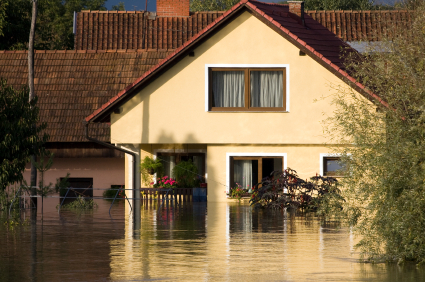 19% of properties with a mortgage are more than 25% underwater.

On Thursday, RealtyTrac® released its U.S. Home Equity & Underwater Report for December 2013, which shows that 9.3 million U.S. residential properties were deeply underwater — where the combined loan amount secured by the property is at least 25 percent higher than the property’s estimated market value — representing 19 percent of all properties with a mortgage in December.

On Thursday, CoreLogic® released its November National Foreclosure Report. According to CoreLogic analysis:

On Tuesday, CoreLogic® released its November CoreLogic Home Price Index report. Year over year, home prices nationwide, including distressed sales, increased 11.8 percent in November 2013 compared to November 2012.
This change represents the 21st consecutive monthly year-over-year increase in home prices nationally.
“On a year-over-year basis, home prices have appreciated every month in 2013. Twenty-one states and the District of Columbia are now at or within 10 percent of their peaks,” said Anand Nallathambi, president and CEO of CoreLogic. “The outlook for 2014 looks a bit less robust as regulatory complexities and tight credit can be expected to cool the housing market.”

“U.S. housing made a strong comeback in 2013. Home prices nationally have risen roughly 12%, which is in line with our original forecast early in the year of 11%. Overall, we expect a 6% increase in the S&P Case-Shiller 20-City Home Price Index in 2014.
While historical annual increases are more in the 4%-5% range, a continued rebound in prices from the 35% trough in 2012 is well complemented with an outlook for positive economic momentum in 2014.”