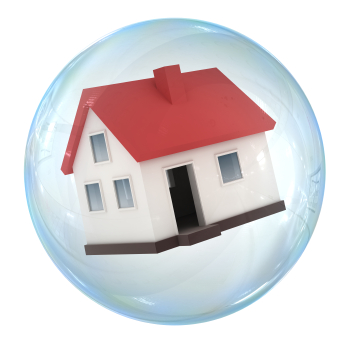 48% of real estate experts surveyed say another housing bubble is a
moderate to high risk.

Welcome to our weekly edition of Real Estate Investing News This Week. The “good news” continues…
Home prices increased 10.5 percent on a year-over-year basis in March — the biggest year-over-year increase since March 2006.
Foreclosure filings decreased 5 percent from the previous month and were down 23 percent from April 2012.
But a majority of real estate experts responding to a recent Zillow survey expressed some concern that the Federal Reserve’s current policies could lead to another housing bubble.
We hope these real estate news items help you stay up-to-date with your real estate investing strategies and inspire some profitable real estate deals for you.

On Tuesday, RealtyTrac® released its U.S. Foreclosure Market Report™ for April, which shows foreclosure filings — default notices, scheduled auctions and bank repossessions — were reported on 144,790 U.S. properties in April, a decrease of 5 percent from the previous month and down 23 percent from April 2012.
Total foreclosure activity in April was at the lowest level since February 2007, a 74-month low.
High-level findings from the report:

From Krista Franks Brock:
“A majority of real estate experts responding to a recent Zillow survey expressed some concern that the Federal Reserve’s current policies could lead to another housing bubble.
Only 4 percent of respondents are not at all worried about a bubble resulting from the Fed’s monetary policy that is keeping mortgage rates down. However, 48 percent see the Fed’s policies as ‘a little risky,’ and the remaining 48 percent categorized the risk as ‘moderate to high risk.'”