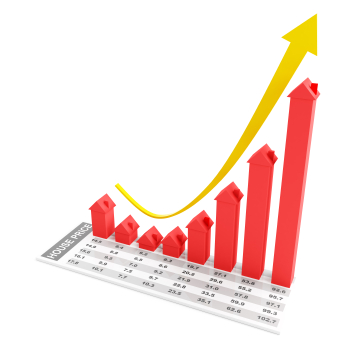 Welcome to our weekly edition of Real Estate Investing News This Week. We have a hefty amount of real estate news this week:

From RealtyTrac.com:
Foreclosure filings — default notices, scheduled auctions and bank repossessions — were reported on 152,500 U.S. properties in March, a decrease of 1 percent from the previous month and down 23 percent from March 2012.
The decrease in March helped drop first quarter foreclosure numbers to the lowest level since the second quarter of 2007.

Housing Inventory Picked Up in March

By Nick Timiraos, WSJ
“Housing inventories picked up modestly in March, offering some hope to home buyers who are grousing about slim pickings, according to a report released Wednesday.
The number of homes listed for sale in March jumped by 2.4% from February and has increased by 3.5% from January, according to data compiled by Realtor.com.

Esther Cho reports:
“The housing industry is making ‘important progress across many key indicators,’ according to the Obama Administration’s latest housing scorecard, but as usual, the administration continued to warn the ‘overall recovery remains fragile.’
The scorecard, jointly released by HUD and the Department of Treasury, combines housing data from the public and private sectors to provide an overview of the housing market.
In the March report, the administration highlighted data showing improvements in housing such as the Federal Housing Finance Agency’s index, which showed home prices rose 6.5 percent year-over-year in January, as well as the Case-Shiller index, which reported an 8.1 percent increase during the same time period.”

By Kerri Ann Panchuk, Housing Wire
“Approximately 4.2 million borrowers are slated to receive funds from the recent foreclosure review settlement deal cut between federal regulators and 13 mortgage servicers. The checks will arrive from April through July.
The Office of the Comptroller of the Currency and the Federal Reserve said $3.6 billion in payments will be sent to borrowers harmed by foreclosure processing issues in the 2009 or 2010 fiscal years.”
See also:

First Wave of Payments from Foreclosure Settlement Set for April 12
“The first wave of checks for eligible borrowers covered by the recent foreclosure agreement with 13 mortgage servicers will be sent April 12, the Federal Reserve  and Office of the Comptroller of the Currency (OCC) announced Tuesday.”

By George Skoufis, S & P’s Rating Service
“Although the U.S. economic recovery remains tepid and 2012 job growth was lackluster at best, activity in one area—new home sales—was markedly hotter, jumping 20% in 2012 compared with 2011.
Contributing to this growth were record home affordability, rising apartment rents, an increase in household formations, and a limited supply of existing homes for sale.
The trend continues in 2013, with new home sales in January and February improving 29% and 12%, respectively, over the same periods a year earlier.”