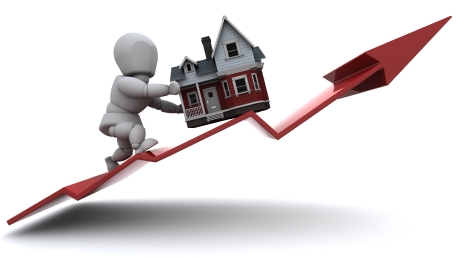 Welcome to our weekly edition of Hot Real Estate Investment News.
As expected, there’s not a lot of real estate news during the holidays. But the news we do have is good news.
The S&P/Case-Shiller Home Price Indices released on Wednesday showed home prices rising over the past year. The National Association of Realtors reported that existing home sales jumped to a 3-year high. And RE/MAX’s National Housing Report shows home sales were up 15.7 percent year-over-year in November.
Here are the real estate investing related news items that caught our attention this past week. We hope they help you stay up-to-date with your real estate investment strategies and inspire some profitable real estate deals for you.

Data through October 2012, released Wednesday by S&P Dow Jones Indices for its S&P/Case-Shiller Home Price Indices showed home prices rose 4.3% in the 12 months ending in October in the 20-City Composite, out-distancing analysts’ forecasts.
Anticipated seasonal weakness appeared as twelve of the 20 cities and both Composites posted monthly declines in home prices in October.

Mark Lieberman reports:
“Existing-home sales rose 5.9 percent in November to a seasonally adjusted annual rate of 5.04 million, the highest level since November 2009, the National Association of Realtors (NAR) reported Thursday. Economist had expected the sales pace to improve to 4.9 million.
The median price of an existing single-family home rose to $180,600 in November, up 10.1 percent from November 2011. November was the ninth consecutive month to see year-over-year price gains, maintaining the longest streak for yearly improvements since mid-2006.”

From Tory Barringer at DSnews.com:
“Even as the market heads into its slow season, sales numbers continued to stand well above their year-ago level in November, according to RE/MAX’s latest National Housing Report.
The report shows home sales were up 15.7 percent year-over-year in November, the second highest annual increase this year (behind October’s 17.8 percent yearly rise). According to RE/MAX, November is the 17th consecutive month in which sales have posted year-over-year increases.”