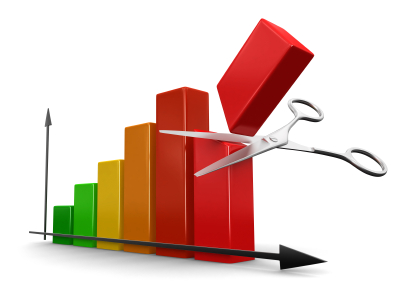 Welcome to our weekly edition of Hot Real Estate Investment News.
The big news this week: New home sales dropped to a five-month low, prices are up but could decline, foreclosures decreased again in June, but a new crop of foreclosures is coming.
Here are the real estate investing related news items that caught our attention this past week. We hope they help you stay up-to-date with your real estate investment strategies and inspire some profitable real estate deals for you.

Mark Lieberman reports from DSnews.com:
“New home sales fell to a five-month low, 350,000, in June, the Census Bureau and Department of Housing and Urban Development reported jointly Wednesday. Economists had expected sales to inch up slightly from the preliminary sales report in May. May sales were revised up to 382,000 from the originally reported 369,000.
The 8.4 percent month-month drop in sales was the steepest since sales fell 11.4 percent from January to February 2011.”
See also:

Esther Cho reports:
“For the first time since 2007, home values saw a year-over-year gain in the second quarter of 2012, according to the Zillow Home Value Index….
Adding to the gain in values, foreclosures decreased again in June, with 5.8 out of every 10,000 homes counted as a foreclosure.
Foreclosures have been on the decline since January, when 7.9 out of every 10,000 homes were foreclosed on.”

Prices Up, but 2nd Half of 2012 Could See Declines: Radar Logic

Home prices are up, but that doesn't necessarily mean they've hit bottom. We could still see home prices decline.

“Radar Logic’s composite to measure home prices may show monthly and yearly gains, but contrary to other reports, the analytics company argues that the increases don’t mean prices have hit bottom.
‘Those people looking at current results and calling a bottom are being dangerously short-sighted,” said Michael Feder, Radar Logic’s CEO. “Not only are the immediate signs inconclusive, but the broad dynamics are still quite scary. We think housing is still a short.'”

CNBC Real Estate Reporter, Diane Olick, reports:
“Home prices rose, just barely, in the second quarter of this year annually for the first time since 2007, according to online real estate firm Zillow. That prompted the popular site to call a ‘bottom’ to home prices nationally. The increase was a mere 0.2 percent, but in today’s touch and go housing recovery, that was enough….
‘After four months with rising home values and increasingly positive forecast data, it seems clear that the country has hit a bottom in home values,’ said Zillow Chief Economist Dr. Stan Humphries.”

RealtyTrac CEO, Brandon Moore appeared on CNBC’s Closing Bell Wednesday and shared his insight on why properties already in foreclosure  only represent the tip of the iceberg when it comes to the potential housing market risk.
Key points: