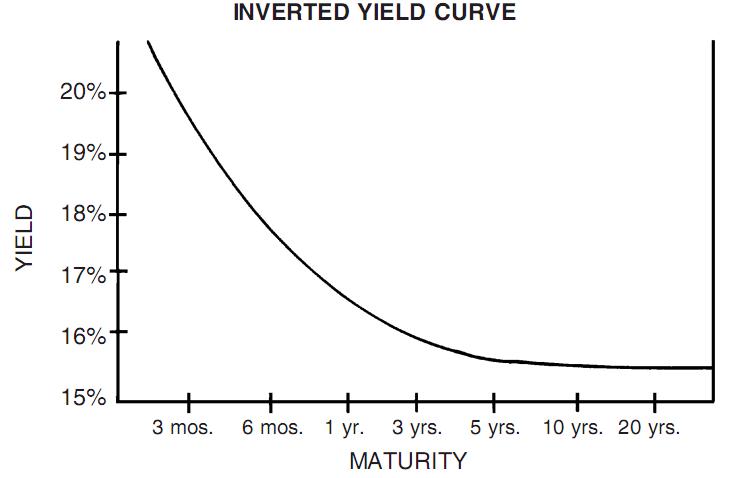 At the beginning of 2014, many financial analysts predicted that interest rates were more likely to increase due to factors such as the “tapering” of Quantitative Easing and the higher rates of inflation.
However, as we head toward the 2nd Half of 2014, interest rates have decreased.
In past years, economists and financial analysts typically focused on the directions of Treasury Yield Curves when trying to predict the future directions of the housing market and the overall economy. Yet, rates continue to stagnate or fall in spite of a majority of financial “experts” forecasting higher interest rates for 2014 and beyond.
The Yield Curve is the relationship between shorter-term debt instruments like U.S. Treasury Bills and longer-term U.S. Treasury Bonds. An inverted yield curve is a period of time when short-term interest rates (like the Fed Funds rate or 1-year Treasuries) may be higher than long-term rates (like the 10-year Treasury Bond).
So how will the future trends of treasury yields impact our abilities to analyze deals if the rules and the outcomes continue to change and evolve as compared with past historical trends?
To better learn about Treasury Yield Curves, let’s take a look at the four major Yield Curve shapes:

A normal yield curve is a period of time when bond investors expect the economy to continue without tremendous changes to the current inflation rates or the supply of capital available to consumers or businesses.
The yield curve is typically a “normal” shape where the yields rise as the maturity term lengthens.
This positive type of slope helps show that investors believe that the future economy will continue to grow at normal levels.

This period of time usually follows the end of a long-term recession. Most investors expect the economy to recover and expand quickly in the near term.
Short-term interest rates will usually be fairly low prior to the beginning of the next economic expansion. The Federal Reserve may have reduced rates significantly during the prior recession as inflation levels and consumer spending levels may have been lower than normal.
Once the economic expansion begins, fears of rate hikes and increased inflation cause investors to demand much higher rates for longer-term bond maturities in this time period.

This time period has a shorter term (i.e. 2-year Treasury Notes) almost near or at the same rate offered by a longer-term instrument, such as a 10-year Treasury Bond.
A flat curve sends mixed signals about the uncertainty with our economy. The flat curve may change fairly quickly back to a normal curve, or it may move to the 4th yield curve shape – “the inverted yield curve.”

An inverted yield curve is defined as: An interest rate environment in which long-term debt instruments have a lower yield than short-term debt instruments of the same credit quality.
This type of yield curve is the rarest of the main curve types. It is considered to be a decent predictor of an impending economic recession.
For example, the inverted yield curve in the year 2000 was a sign of the forthcoming “Nasdaq High-Tech Dotcom and Telecommunications Bubble Collapse.”
Many long-term investors are willing to forego longer terms for their investments if they believe that the economy may slow in the future. Many stock investors may move their funds from stocks to shorter-term bonds if they are concerned about the future of the overall economy.
An inverted yield curve may imply that future inflation may remain low. If future inflation rates remain low, future interest rates may continue to flatten or drop. Keep your eyes focused on the directions of Treasury Bill, Note, and Bond rates to try to better understand the current and possibly future state of our economy.
In the First Quarter of 2014, interest rate yield curves, or the difference between short and long, reached their flattest levels since 2009.
According to Bloomberg: “The gap between the five-year note yield and the 30-year bond, known as the yield curve, narrowed on March 27, 2014 to 1.79 percentage points, the least since October 2009.”
Why? More Bond investors have supposedly been shifting to longer-term Bond investment options, which are less susceptible to the anticipated Central Bank rate increases. Or, more investors now believe that the Federal Reserve is more likely to increase rates in the near term as opposed to the more distant future.
Will the flat yields in 2014 forecast an economic slowdown just like they did back in 2009?
The primary difference today is that so many of the Federal Reserve’s financial strategies used in recent years such as Quantitative Easing (printing money out of thin air in order to buy stocks, bonds, and other assets to artificially boost asset prices) and Operation Twist (The Fed sells massive amounts of short-term bonds while, at the same time, buying large amounts of long-term bonds in order to artificially drive down long-term interest rates), did not exist near the start of “The Credit Crisis” or at any other time before either.
As a result, we really have no historical economic time period precedence to compare to as it relates to QE’s impacts on yield curves.

Record-Low Rates and Rampant Inflation – What Does it Mean?

All of these new financial strategies by the Federal Reserve, then these flattening yield curves may or may not be a forecast of either an imminent financial slowdown (i.e., Recession or Depression) or a sign of an improving economy either. In spite of an ongoing weak job market, housing prices have increased significantly over the past few years primarily due to the artificially suppressed supply of home listing inventory and the combination of record of near record-low mortgage interest rates.
Are rates of inflation really low today as reported by the U.S. government, or are they approaching more “hyper-inflationary” trends due to the flooding of newly printed money, partly by way of QE policies?
Historically, the Fed usually starts raising short-term interest rates in order to supposedly “quash inflation” like back in the early 1980s. Today, we have near record-low rates and rampant inflation, which is quite an unusual economic combination when compared with past housing and economic cycles.
The risk of Treasury debt default has supposedly increased in recent years due to the exponential growth rates of our government debt.  Based upon historical trends, both 10-Year Treasury Yields and 30-Year Mortgage Rates should have rapidly risen in recent years, not fallen dramatically. With QE strategies, and numerous other publicly declared and anonymous bailouts, rates remain low in spite of the increasing perceived or real investment risks with Treasuries.
In December 1980 and January 1981, the U.S. Prime Rate reached a peak high of 21.5%. Additionally, long-term 30-year fixed mortgage rates reached the mid-double digit ranges (15%+). Yet, the economy seemed much stronger back in the early 1980s compared with the U.S. economy of 2014.
We shall see how rates and the latest real estate cycles play out in 2014 and beyond. Since the availability of capital (which is obviously related directly to the directions of interest rates) is typically the driving force behind a “Boom” or “Bust” housing cycle, let’s hope for more stable and continued low rates and not the alternative.