The Rebound of Industrial Real Estate 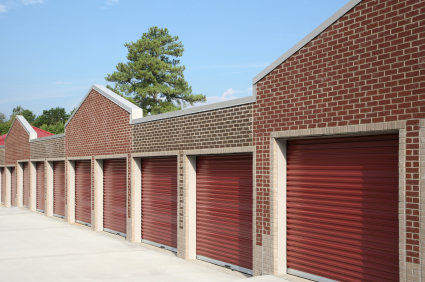 From 2012 to 2013, residential home prices have continued to increase in value due to a combination of record low mortgage interest rates, very low home listing inventory levels, and an increased demand from individual buyers and large investment group buyers.
Commercial real estate (multi-family, industrial, office, and retail) has begun to follow that lead, with multi-family apartment buildings increasing in sales and value the most.
In many prime locations, apartment buildings located in prime coastal and/or big city locations are selling for 3% – 5% cap rates. When Net Operating Incomes (NOIs) are divided by much lower cap rates, then the sales prices or appraised values tend to be much higher.

A weaker job market, multiple closures, and bankruptcies of some of the largest retail stores and businesses in America has led to the absolute implosion of the retail shopping center sector in many parts of the country.
When vacancy rates reach 40% and 50% in small to large retail shopping center locations, it’s challenging for a property owner to generate a positive monthly net cash flow. Fortunately, the retail sector has begun to improve in many regions of the country, but it still lags far behind the residential and multi-family much improved numbers.

The office sector is somewhat mixed right now too, with much lower vacancy rates in many of the larger big cities. The near record low mortgage rates for commercial properties has helped many office building owners refinance their properties into much lower monthly mortgage payment options.
In many cases, existing mortgage holders agreed to accept significantly reduced mortgage payoffs on “upside down” retail shopping centers and office buildings. These restructured and refinanced commercial mortgage options allowed many commercial property owners to hold on to their properties through the more challenging financial years since as far back as 2006 to 2010.

One of the most consistent real estate investment opportunities is in self storage.

One of the most consistent real estate investment opportunities is the mini storage deal. Some of my clients, family, and friends have owned relatively small mini storage buildings (50 units) to as large as one thousand (1,000) plus units which typically are each the size of a small garage.
On many of the mini storage deals I have worked on over the years, it is quite common to see 90% to 100% occupancy rates for these properties due to such a consistent solid demand from local area tenants. Low vacancy rates, in turn, typically lead to increased monthly rents for the property owners.
Due to the expenses and efforts related to moving out of mini storage facilities, existing tenants frequently continue paying the higher rents to stay in their same location.
With the record low mortgage rates in recent years, the net monthly cash flows for numerous mini storage facility buildings across our great nation have increased significantly. The combination of 3.5% to 5% fixed rates for several of these mini storage property types and the incredibly low vacancy rates has led to tremendous monthly cash flow increases for the mini storage building owners.

The Industrial Sector – Giant Buildings – Up to 30 Football Fields Size

Partly related to the rapid ascent of the e-commerce retail sectors (Amazon, “Super Stores,” etc.), many of the largest industrial buildings in the nation are doing quite well today.

Many of the largest industrial buildings in the nation are doing quite well today.

According to ComStore, retail e-commerce spending surpassed $50 billion in the first quarter of 2013 alone. Consumer good companies, distribution operation businesses for retailers, third party logistics firms, supermarkets, and food and beverage companies represent some of the most common tenants for these larger industrial buildings nationwide.
Many of the top prime industrial regions have experienced vacancy rate declines down to the 2% to 10% ranges in recent years in spite of the ongoing sluggish national economy.
There are literally more than 1.5 billion square feet of leased industrial real estate in Southern California alone, so the demand is quite high right now. There are upwards of almost 21 billion square feet of industrial real estate space nationwide.
Southern California’s Inland Empire (Riverside and San Bernardino Counties), near the Long Beach and Los Angeles Ports, just might have been the #1 industrial real estate region in America over the past decade. Some of the newer Inland Empire industrial buildings being built there are as large as thirty (30) football fields under one roof with lots of high tech robotics features.
Other regions near large port city areas such as New York, New Jersey, and Philadelphia (and Central Pennsylvania) have benefited significantly from increased shipping, air, and train transportation of consumer goods products which eventually need a place to be stored.
Dallas, Atlanta, and Chicago have all been very popular “Big Box” industrial regions partly because of their access to major airport hubs. Even once less popular regions like Phoenix, Denver, Seattle, Kansas City, Memphis, and Miami have experienced industrial real estate booms in recent years.