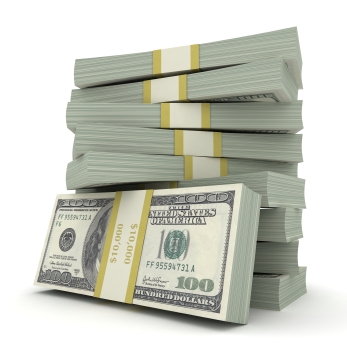 Investors, homeowners, or real estate agents – basically anyone trying to flip or resale to new buyers, usually prefer to sell the properties as quickly as possible at the highest price. Prompt sales can lead to exceptional profits (in most deals) as well as very happy sellers and agents.

Some agents may only have a 60, 90, 120, or 180-day listing agreement in place with their sellers, so they need to first price the home at a competitive listing price that will attract interest from other agents and prospective buyers. For agents, fast, high-priced sales can later lead to future listings from the same clients.
Step #1 in the listing process is to price the property as competitively as possible with other similar homes sold in the immediate area. An overpriced home can be the #1 mistake that a seller or agent makes when trying to sell a property.
With so much digital information available, a property listed for sale for more than 100, 200, 300, or 500+ days can lead prospective buyers and agents to believe that there is something wrong with the property. As a result, the property may not be shown very often, and sellers may have to slash their list prices several times.

Over the past few years, the combination of near record-low mortgage rates, the increasing supply of highly-leveraged mortgage options with as little as 0% to 3%+ down payments, as well as increased access to EZ-Doc and subprime mortgage-like loans, and an ongoing declining supply of available listings has caused rapidly increasing home price appreciation rates and a much shorter Days on Market.
Let’s review some of the key Days on Market and other home sales data trends in 2015 and the first half of 2016 to better understand the positive home sales numbers:
January to June 2015
By June 2015, the median Days on Market number for listed homes nationally reached just 26 days, per the realty brokerage and data research firm, Redfin. In some of the hottest and most prime market regions, the average Days on Market for listed homes reached as low as six days in Denver, nine days in Seattle, 10 days in Portland, and 11 days in Boston.
Conversely, there were several housing markets with more lengthy Days on Market time ranges back in the first half of 2015. These more relatively “sluggish” housing markets included the following markets (per www.realtor.com ):
* Washington D.C. – 45 Days
* Oklahoma City – 53 Days
* Chicago – 54 Days
* New York City – 68 Days
Since Washington D.C. and New York City are two of the most expensive U.S. markets, these six to eight+ week averages are still quite reasonable when considering that most listing agreements are usually for 90 days or more across the nation.
January to June 2016
The National Association of Realtors® recently published a national sales report for existing properties (single-family homes, townhomes, condominiums, and co-ops) sold between January and June 2016 with the following numbers for June 2016:
* A seasonally adjusted annual sales pace of 5.57 million properties. This number is up 3% from June 2015’s home sales numbers of 5.41 million, and is at the highest sales pace since February 2007 (5.79 million). First-time homebuyers represented approximately 33% of these purchase numbers in June 2016.
* The median sales price for all residential housing types in June 2016 reached $247,700. June 2016’s median sales price numbers were up 4.8% as compared with June 2015’s prices ($236,300) one year earlier.
* The total housing inventory numbers for June 2016 dropped to 2.12 million existing homes for sale, which is now 5.8% lower than June 2015’s listing supply of 2.25 million properties.
* Per Freddie Mac, the average commitment rate lock for a 30-year conventional rate hit 3.57% in June 2016. This incredibly low 30-year fixed mortgage rate is the lowest it has been since May 2013 when rates averaged 3.54%. 30-year fixed rates were higher for the entire year of 2015 when mortgage rates averaged 3.85%.
* Inventory data released from Realtor.com reported that the strongest metropolitan housing regions with the shortest amount of Days on Market time in June 2016 included Wilson and Jacksonville, North Carolina (22 days), San Jose-Sunnyvale-Santa Clara, California (28 days), San Francisco-Oakland-Hayward, California, Seattle-Tacoma-Bellevue, Washington, and Denver-Aurora-Lakewood, Colorado (all at 29 days).

* 22% of all sales in June 2016 were from all-cash buyers. Yet, a whopping 64% of all investors paid cash in the same month.
* Realtor.com reported that the average non-distressed listed existing home for sale hovered near 30 Days on Market. Short sales, in turn, were listed for sale much longer at a median of 156 days, and foreclosures sold in about 49 days. 48% of homes sold in June 2016 were listed for less than one month, amazingly.

What It All Means…

Sellers need as many people as possible to view their home listings in order to increase their odds of a quick sale at the best price possible. The longer a home is listed for sale, the greater the chances the seller will have to reduce the listing price.
In today’s hot housing market with near record low mortgage rates, a home priced right in decent condition may sell much faster than most of us would have imagined just a few years ago!
CLICK here to subscribe to our mailing list and get unique, fresh content like this delivered right to your inbox.