Success Story: Apartment Building for No Money Down 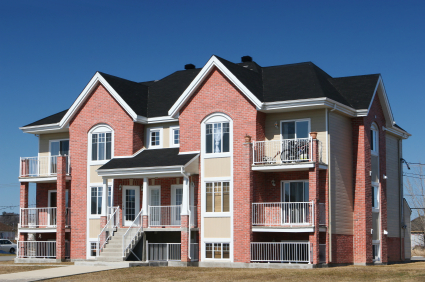 Hello Jeanne and CRE Online,
Its been a while since my last letter. Honestly, a bad divorce in 2010 just took away the motivation to make money. True story.
I once told you about a deal I made involving nine multi-unit buildings (48 apartments). [$2.1 Million in Properties in 10 Months!] This Success Story involves one of those buildings.
By 2010, I had bought and sold about 40 properties. All of which sold at or near the top of the market, and by the end of 2011, I was out of real estate investing completely! (See 2010 divorce for potential reasons why.)

Getting Back in the Game

Since then, I have been working in Industrial Construction or as a Project Manager in General Construction–until now. While working in Alberta, Canada from 2012 and February 2017, in and around the oil industry and the rebuild after the great Fort McMurray forest fires, I very slowly started to feel my real estate juices flowing again.
Getting my second wind, so to speak, I started watching the prices of properties back East, especially multi-units. I started following the New Brunswick real estate market and analyzing numbers on paper just for fun.
It just so happened that properties I had flipped 10 to 15 years ago, were coming back on to the market. Some selling, and some sitting, and some sitting for quite some time, along with many other properties that caught my eye.

Back to New Brunswick

So, when my work season came to an end in February 2017, I headed to New Brunswick for only the 3rd time since 2012 to visit–but with a plan.
Less than 24 hours there, I sprang my plan into action! I stopped by one of the buildings I used to own that was now for sale and knocked on a door. I quickly found out a property management company was taking care of the place. I knew the company and made a phone call.

I told them who I was, what my connection was with the building, and gave them my info to pass on to the current owners. “Please ask them to call me if they’re interested in making a deal.”
During my drive-by and quick visit, I could see someone had attempted to repoint some brick but made a mess of it. Some wood needed repainting and other things, but the place still looked great. The building had been for sale for almost a year with several price drops that I had watched with no takers.
It was in a not-so-great neighborhood–at least not considered to be so great by other investors. (Lucky me!) I hadn’t been inside at this point, but there was one thing that kept me very interested. It was listed for $135,000 less than what I had sold it for just nine years earlier!
Within a short time, the owner of the property called me directly. It turned out to be the same person I sold it to! BONUS!!

A Tired and Motivated Seller

The conversation went as expected. She told me about her time with the building, the problems of hiring various non-performing management companies, and of course living on the opposite side of the country, British Columbia – 5,755 kilometers away (3,576 miles).
Before the call ended, I made my offer. Full Asking Price ($215,000.00) IF she agreed to lease me the property with an option to purchase with a 3-year term and a 3-year renewal clause. (See 2010 divorce for potential reasons why.)
I didn’t see the need to negotiate for less, since I did sell it to her for 135,000 more. We ended the call with her agreeing to send me the numbers of the building and strongly considering my offer. Her motivation? Tired of the market… tired of the distance.
She did say that if she had found her current property managers sooner, it would not be for sale today. But, here we were. She knew my work, she knew my experience, and she was ready to let it go.

I got the numbers, and they were what I expected. This property cash-flowed very well when I sold it, and nothing had changed. My offer was a PITI-based lease amount based on a 5% interest rate on the $215,000 (Principal and Interest).
Taxes were based on about $8,500/12 months and insurance was $3,300/12 months. We rounded numbers liberally and decided the payment would come to $2,125/month with $350/month credit toward the purchase price.
Future allowances for fluctuation in tax and insurance cost would allow the payment to float annually.
I know some of you are asking, why am I giving away so much? As the Great Lonnie Scruggs said, “Pigs get fed, hogs get slaughtered.”
I also gave $2,000 option money up front that will come off the purchase price. (She asked for $5,000.) A small amount to offset her expenses with her real estate agent.
While technically I was not “buying” the property, and he was not entitled to a commission, she was going to pay him anyway for all the hard work he had put in on the property over the last year.
But no matter to me. I’ll recover that fee out of the first month’s rent. Also, I will use this agent myself. He was great to deal with. He actually showed me through the property before closing–an all around stand-up guy.
Other than some wear and tear, the place was very much like I left it! I’ll spend some money immediately to take care of some little things and fix up some of that ugly repointing.
I also paid my lawyer to write a new contract. We did a lot of editing and he registered it, so fees and disbursements were about $750.

A Cleverly-Structured Deal (No Money Down!)

So, more good news: I was leaving soon, so we decided to get the paperwork signed and registered before I left for the rest of my vacation.
I simply hired the same property management company that she had been using (5% monthly fee–super cheap) and agreed we would close March 1st with the first payment due to by April 5th, (It’s good to allow rents to come in to reduce out of pocket) which means I get to collect rent twice before making my first payment. ($9,610 will be collected in total) Yes, they are fully rented with leases.
The management company took all utilities into their name, so no security deposits for me to make.

Oh, by the way, I’m sitting in Sao Paulo, Brazil pool side as I write this. (See 2010 divorce for reasons why.) Got here a week before the official closing and won’t get back until after next rents are due.
So, I control a building that I don’t officially own with a wintertime, positive cash flow of about $1,500 per month ($2,000 +/- summertime) with what really IS a no money down deal with an infinite return.
I thought these weren’t possible???

I won’t be selling this building. I believe now that I have it back it, it’s time for my “buy and hold” strategy to kick in. Start winding down and getting ready to retire (44 years old). I could have retired through real estate investing in 2010. Instead I got divorced–can’t afford both.
It would easily appraise for $250,000 right now, so when the time comes to put traditional financing in place, I could potentially take out a bunch of cash to use for anything. Down the road, with the help of the seller, I will.
She has agreed to a very creative method to do so, but this property is now a keeper.

More Deals in the Works…

I talked to several other sellers before leaving and have been negotiating through email while I’m here. When I get back, I have four deals with great potential waiting.
Good restart to my investing career? I’ll keep you posted. The juices are flowing well.
~Mike Melvin, New Brunswick, Canada
CLICK here to subscribe to our mailing list and get unique, fresh content like this delivered right to your inbox.