Despite the 2008 housing downturn and troubles that persist in the market, real estate remains one of the safest, surest investments there is. But if you’re still a little gun-shy about buying a house, we understand. Instead you may want to invest in these 13 Bizarre Real Estate Investment Opportunities.
At best, you could end up with a lucrative outside-the-box endeavor that will grow your financial stake considerably. At worst, you’ll have an intriguing story to share at parties.
1. Air Rights
If you follow Donald Trump, you know the Great Toupee knows a thing or two about real estate. He made his fortune through it–and also once declared bankruptcy–so he’s been around the game. Therefore, you may want to take a page out of his book and buy air rights to certain locations, the way Trump did with Tiffany’s in New York. This purchase was prior to erecting Trump Towers, and that’s usually the motivator behind such a purchase: “transferring the air” to another site to build a larger building. Sometimes air rights can go for much more than the building underneath. 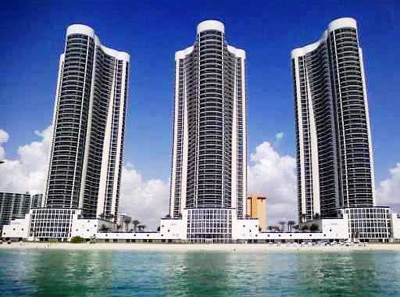 Source
2. Historic Property Conversions
In 2009, Jim Prugh purchased a former blacksmith shop located along a small Kansas town’s Main Street. The building served as a blacksmith shop until the mid-1950’s. Listed on the National Register of Historic Places, the Holmberg and Johnson Blacksmith Shop gave Prugh an opportunity to tap in to federal and state tax credits and make green improvements. The result is a coffee shop that runs 90% on solar power. Blacksmith Coffee Roastery can be found in Lindsborg, KS, but more importantly, it is a prime example of the opportunities that historic properties present for savvy entrepreneurs. 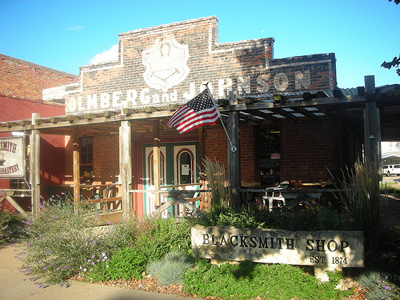 Source
3. Haunted Houses
Indiana Real Estate Collector Scott FladHammer, creator of the EZhomebuyers program, is a professional home flipper with more than 2,900 real estate transactions to his credit, but only a small sliver of these transactions have landed him a deal with the SyFy Network. FladHammer has flipped “over 80 properties with documented paranormal activity,” he revealed to CRE Online. “FladHammer said the TV show is still in development, but noted the program would deal with “how we get them, negotiate them, what we do with them, and who buys them.” 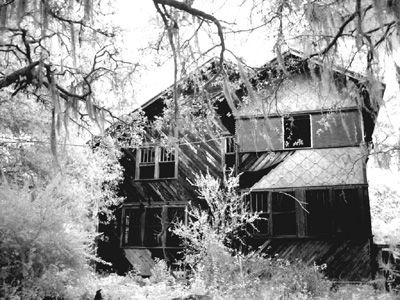 Source
4. Livestock Operations
Livestock operations are among the oldest businesses in the United States that are still in practice. The Wyoming Hereford Ranch, for example, has been in business since the 1880’s and was even registered before its location was made a state. This particular livestock facility consists of more than 2,885 acres, and contains a 12,000-square foot home and a 22,000-square foot indoor arena on the premises. The whole package goes for about $10.3 million, but if you don’t have that kind of money, you might consider a smaller operation. In addition to real estate, you’re also getting a viable business model. 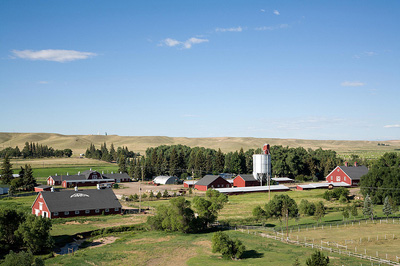 Source
5. Dude Ranches
Dude ranches are considered “agri-tourism,” because they cater to outsiders, city slickers, whatever, who want a taste of the ranchero life without the long-lasting responsibilities of one. The $9 million Lazy K Bar Ranch is among the most popular that are currently on the market. Consisting of 8,500 acres, Lazy K boasts 26 cabins, a 6,000-foot elevation, a number of lakes and streams, and the added panache of being a former vacation spot for members of the DuPont family and former President Franklin D. Roosevelt. 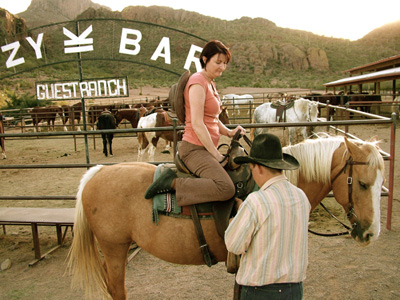 Source
6. Old Schoolhouses
It may be hard to believe, but you know the old schoolhouses you used to see on Little House on the Prairie? There are still a few of those scattered throughout the United States. Obviously, you’re not going to corral students, K-8, into a single room and teach them at the same time anymore, but you can still find lucrative uses for these facilities. Many cities are in to historic preservation, and as such, gobbling up one of these bizarre real estate investment opportunities can lead down several pathways: historic preservation and tourism efforts, community center activities, and even tax shelters. Depending on the size, you may even decide on home conversion. 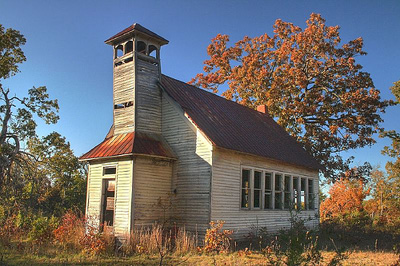 Source
7. Drive-In Theaters
The Drive-In Theater is a slice of Americana. A mashup of U.S. citizens’ two greatest loves: movies and cars. Drive-Ins almost died out completely in the 1980’s, but thankfully, nostalgia didn’t let that happen. Many have even gone to playing first-run movies. Take the Tower Drive-In in Poteau, OK, for example. On weekends during the spring and summer months, this location is famous for its double feature flicks, its optional dining choices (pay a fee to bring your own, or buy on-site at a reduced rate), and running movies on the classic old reeled projectors. Wide open spaces, a fun business idea, and the freedom to convert to a more lucrative venture should the need ever arise: what’s not to like about this real estate investing opportunity? 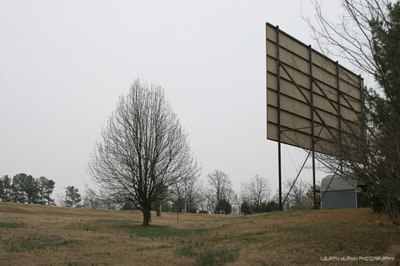 Source
8. Marinas
These unique real estate opportunities can vary greatly depending on which part of the country you’re in. But finding a way to take advantage of both industrial and recreational barge traffic is a great idea if you’re in the right location. It can also be highly affordable. The Spring Bay Marina, just minutes from Peoria, IL, for example, can be yours for less than $300,000. It features a sandy beach, rock seawalls, a boat launch, two boat ramps, and a variety of other features that bring loads of potential to the table. Marina locations are great for restaurant conversions as well, should you decide you don’t want to be in the boat docking business. 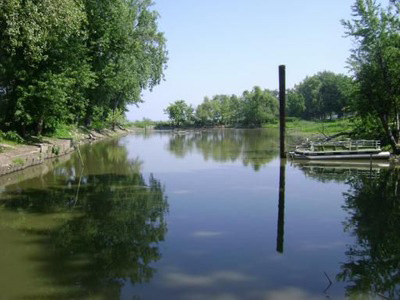 Source
9. Boutique Hotels
Chain hotels, such as Hilton, Ramada, and Holiday Inn, are hard to compete with in experience, resources, and amenities, but with a boutique hotel, you can establish a rustic, local quality that the big boys find it difficult to reproduce. What’s the GREAT thing about purchasing old boutique hotels like the one pictured below and located in Mt. Carroll, IL? You can keep a few toes dipped in the hospitality marketplace, while also using the extra room to create a tourist and retail hotspot. The location in Mt. Carroll features consignment and wine shops that will appeal to more than just the passerby, in addition to a host of rooms and apartments for those in need of a place to stay. The result: multiple streams of hospitality revenue available year-round.

Source
10. Specialty Aviation Providers
Berry Aviation in San Marcos, TX, is a specialty aviation provider, one of the only ones of its kind, and it is in constant need of financial investment. Owner Sonny Berry recently raised $19 million in funding to go with 2011’s $50 million in revenue for his quaint location that includes some not-so-quaint clientele, including the Central Intelligence Agency (CIA). Berry Aviation owns 23 airplanes, and has undertaken many a dangerous mission, including a flight in 2011 to Afghanistan that saw a mortar explode close to one of these precious investments. If you like great risk and even greater rewards, this could be the bizarre real estate investment opportunity for you. 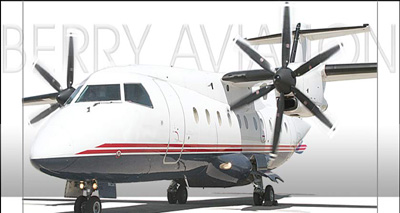 Source
11. Survival Condominiums
Think there’s no chance the world will end in our lifetime? Then, you’re obviously not one of the many billionaire investors, who’ve recently caused a run on the Kansas-based Survival Condominiums. The facility is built deep underground in an old nuclear missile silo, and is said to be self-sustaining in the event of a nuclear attack. Larry Hall, developer of Survival Condominiums, recently announced that he’d sold the last of the $2 million apartments, which benefit greatly from air filtering, a water reservoir, havens for plant and fish life, and a retail store for survival goods. 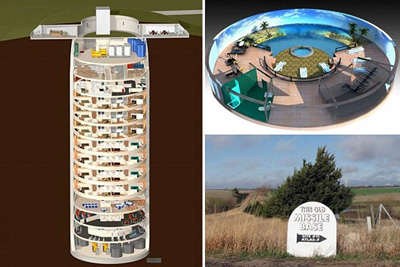 Source
12. Old Amusement Parks
Before Six Flags did for amusement parks what Walmart did for retail, communities would band together and create their own parks where families could go and partake of exhilarating thrill-rides and the even more dangerous funnel cake. The Fort Smith Park at West End in the True Grit Country of Fort Smith, AK, is one such location. You’ll find it across the street from the old county courthouse, where “Hangin’ Judge” Isaac Parker and his U.S. Federal Marshals served as the only law in late-19th Century, post-Civil War Indian Territory. 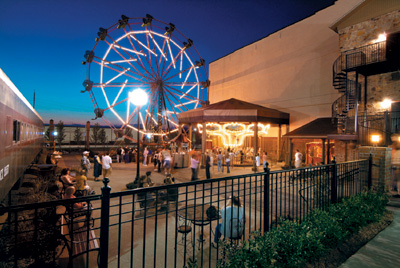 Source
13. Strip Clubs
If you lose money on this real estate investment, then maybe you shouldn’t have any skin in the game whatsoever. Sex sells and it always will. Since prostitution is illegal in most of the United States, save for Nevada’s Bunny Ranch, strip clubs are the next best thing for guys all across the country. The only concern with these types of facilities: many cities, particularly in the Bible Belt, set stringent regulations on where you can locate. You have to observe distance restrictions of anywhere from 500 to 3,000 feet on where your club can go next to schools and churches. But once past all these headaches, strip clubs are a sound investment, and even Uncle Sam has made lucrative returns in this market. 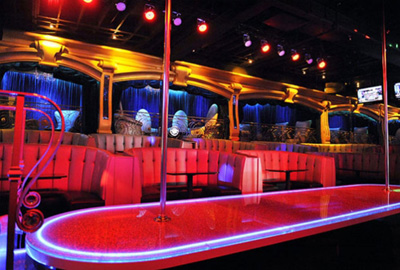 Source
Real estate investment takes many forms, including the bizarre. Whether you are a seasoned investor, just getting started, or maybe just interested in exploring the returns possible from real estate properties, this article has a possible investment idea for everyone. Did we miss one? Better yet, do you have personal investment experience in an opportunity described above? If so, let us know in the comments below.